Mr. Ahsanul Alam, young and promising entrepreneur, is the Chairman of Union Bank Limited. He comes of a renowned and respected Muslim family reputed for doing business countrywide. He has completed his education from Singapore. He belongs to such a family which has a wide range of businesses and because of that he has been under the umbrella of business environment from his early age. He has been assisting his family in running business from 2004 as a Chief Executive of S. Alam & Co. He is the proprietor of Genesis Enterprise and and Chairman of Hasan.

Abasan (Pvt.) Limited. He has been acting as the Managing Director of Genesis Textiles Accessories & Apparels Limited and Western Designers Limited. He is also one of the Directors of Norinco Engineering Limited. With his dynamic leadership he has made himself as a professionally successful businessman in textile, garments and trading sector. He is the Chairman of the Executive Committee of the Board of Directors of Union Bank Limited.

Lieutenant General Mollah Fazle Akbar, PhD, ndc, psc was commissioned in the Corps of Artillery, Bangladesh Army on 30 November 1976. His last assignment was Commandant, National Defence College (NDC), Bangladesh prior to going on Retirement on 16 February 2016. In his long service career, beside the regimental appointments, he served in different capacities. After retirement he worked as the CEO of Regent Airways, Bangladesh for about two years from 2016 - 2018. He was 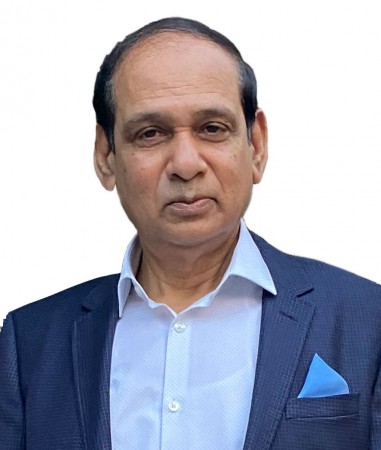 also Director of Board of Directors of First Security Islamic Bank Limited (FSIBL).

In his long service career, beside the regimental appointments, he served in different capacities. After retirement he worked as the CEO of Regent Airways, Bangladesh for about two years from 2016 - 2018. He was also Director of Board of Directors of First Security Islamic Bank Limited (FSIBL).

As staff he worked as Assistant Defence Adviser at Bangladesh High Commission in India and Colonel Staff in an Infantry Division. He also performed as Director of Military Operations and Director of Artillery in General Staff Branch, Army Headquarters.

Lieutenant General Akbar commanded an Air Defence Artillery Brigade (ADA) of Bangladesh Army and a Field Artillery Brigade. He was also the first Sector Commander of Bangladesh Sector in Liberia, UNMIL (United Nations Mission in Liberia) where he inducted and commanded a Brigade Group force. Before his last assignment as Commandant, National Defence College (NDC) he was holding the appointment of the Director General (DG) of Directorate General of Forces Intelligence (DGFI). General Akbar was the ‘Colonel Commandant of the Regiment of Artillery’ of Bangladesh Army from March 2010 to February 2015.

He attended a number of courses both at home and abroad. He completed his Anti Aircraft Firing Drone Course from China and Security Intelligence Administration Course from United Kingdom. He is a graduate of Army Command and Staff College, Quetta, Pakistan. He is also a graduate of National Defence College, Bangladesh.

in Social Studies (MSS) in Political Science from University of Dhaka and Masters of Business Administration (MBA) from Royal University, Dhaka. He earned his coveted Masters of Philosophy (M.Phil.) from National University of Bangladesh. He completed PhD on “Connectivity in South Asia: Impact on Bangladesh Economy and Development” from Bangladesh University of Professional (BUP), Dhaka.
The General attended a number of International Seminars & Conferences and presented papers on contemporary issues. To mention a few:

Some of the papers those presented in different conferences and seminars are:

The General is happily married and proud father of a daughter. He is a keen golfer and has a great knack for studies on international issues. He also likes to travel to different parts of the world. 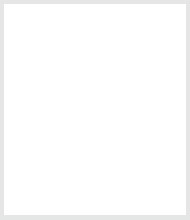 Ms. Marzina Sharmin is one of the Sponsor Shareholders and Directors of Union Bank Limited and she is also the member of Executive Committee of the Board of Directors. She was born in a renowned Muslim family in Chattogram. She is a Business Graduate with expertise knowledge in the field of business. Ms. Marzina Sharmin started her business career as the proprietor of M/S. Marzina Trading which deals with general trading and wholesale business of different products. She is the Director of Infinite CR Strips Industries Limited and Kingston Flour Mills Limited.

Mr Showkat Hossain is a renowned, distinguished and one of the senior most person in the field of Chartered Accountancy and currently holding the position of Chairman of the Audit Committee of the Board of Directors of Union Bank Limited. He hails from an aristocrat Muslim family of Chattogram. Showkat Hossain, FCA is the 42nd President of the Institute of Chartered Accountants of Bangladesh (ICAB). He became an Associate Member in 1977 and Fellow Member in 1986 of 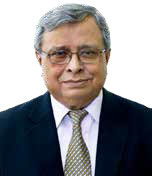 ICAB. He served the ICAB as Vice  President in the years 2004, 2006, 2007, 2012 & 2013. Mr. Hossain is a Senior Partner of Hoda Vasi Chowdhury & Co., Chartered Accountants since 1998. Earlier he was the Finance Director of Sunman Group of Companies, Qualified Assistants of Ahmed Ahmed & Co., Chartered Accountants. He also worked in Glaxo Laboratories (Bangladesh) Ltd. as Internal Auditor prior to qualifying as Chartered Accountants. He worked in Eastern Refinery Ltd as Management Accountants after qualifying as Chartered Accountants. He also worked in the only Petrochemical Complex of Libya for about 15 years during 1979 to 1993. He is the Chairman of a Charitable Organization named the Chirayata Shanti Society, Life Time Member of Chattogram Kidney Foundation & Maa Shisu O General Hospital, Society for Assistance to Hearing Impaired Children (SAHIC), Bangladesh National Society for Blinds (BNSB), Vice Chairman of Concern Services for Disabled (CSD). He is a Member of the Chattogram Club Limited. He is also a Member of the Advisory Committee in respect of Financial & Accounts, Banking & Taxation of Chattogram Chamber of Commerce & Industries Limited. He is a Director of Chattogram WASA and Past Independent Director of Chattogram Stock Exchange (CSE). 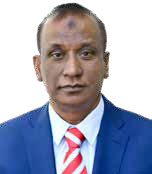 Mr. Rashedul Alam is a well-established businessman of Chattogram who hails from a Muslim noble family. He started his business career by joining family business and earned more than two decades of hands on experience in the field of trading business, tourism, agriculture, land development and steel manufacturing sector.He is the proprietor of Rafe Enterprise and Khurshed Paribohon Sangstha. Mr. Alam is also the Director of S. Alam Steels Limited,

Bangladesh Petro Chemical Limited, S. Alam Hatchery Limited, Ocean Resorts Limited, S. Alam Properties Limited and Fatehabad Farm Limited. He is acting as the Managing Director of Global Trading Corporation Limited. For business purposes he traveled to United Kingdom, Canada, China, India, Singapore, Malaysia, Thailand and several other countries of the world. He is a member of Risk Management Committee and Executive Committee of the Board of Directors of Union Bank Limited.

Mr. Mohammad Fazlay Morshed is a dynamic business person who hails from a renowned Muslim family. He completed B.Com. in his educational life.

Mr. Morshed has an expertise in the field of trading specially importing commodities. He is the Managing Director of MRM Trading Limited, Chattogram Logistic Limited and Worth Avenue Steels Limited. Mr. Morshed is the Adviser of C & A Fabrics Limited. With his dynamic leadership he made himself a professionally successful businessman in trading sector in Bangladesh. He travelled USA & other countries for professional purpose. He is a member of Audit Committee of the Board of Directors of Union Bank Limited. 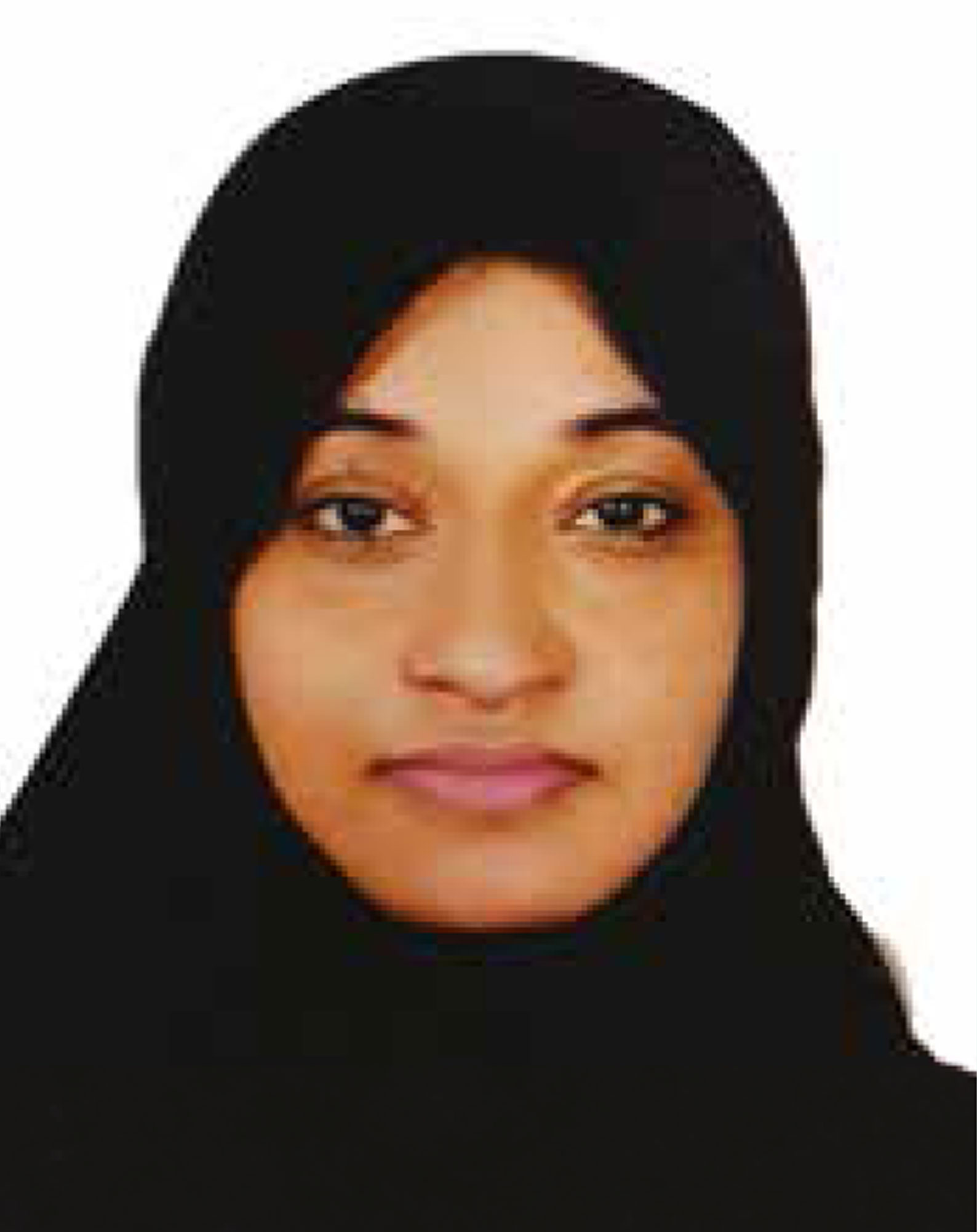 Ms. Halima Begum was born in a reputed Muslim family in Chattogram. As a member of a business oriented family she has established herself as a woman entrepreneur in field of trading business.

She is the proprietor of Brothers Syndicate and Halima Trading Enterprise. She has the expertise of running business for the last 13 years with good reputation. She was the former Director of Reliance Finance Limited. She is a member of Risk Management Committee of the Board of Directors of Union Bank Limited.

Mr. Osman Goni is a nominee Director of C&A Accessories Limited in the Board of Directors of Union Bank Limited. He is a well-established and dynamic businessman who hails from a respectable Muslim family.

Mr. Osman Goni is a nominee Director of C&A Accessories Limited in the Board of Directors of Union Bank Limited. He is a well-established and dynamic businessman who hails from a respectable Muslim family. He was born in Chattogram on April 05, 1967. He has a vast business knowledge in the area of trading, manufacturing, real estate, tourism. He is the Managing Director of S. Alam Cold Rolled Steels Limited and Shah Amanat Prakritik Gas Co. Limited. He is also the Director of S. Alam Cement Limited, S. Alam Trading Company (Pvt.) Limited, S. Alam Bag Manufacturing Mills Limited, Ocean Resorts Limited and Modern Properties Limited. In addition to his business, Mr. Goni is associated with many other philanthropic activities in the country. He has travelled many countries around the world for business purposes. 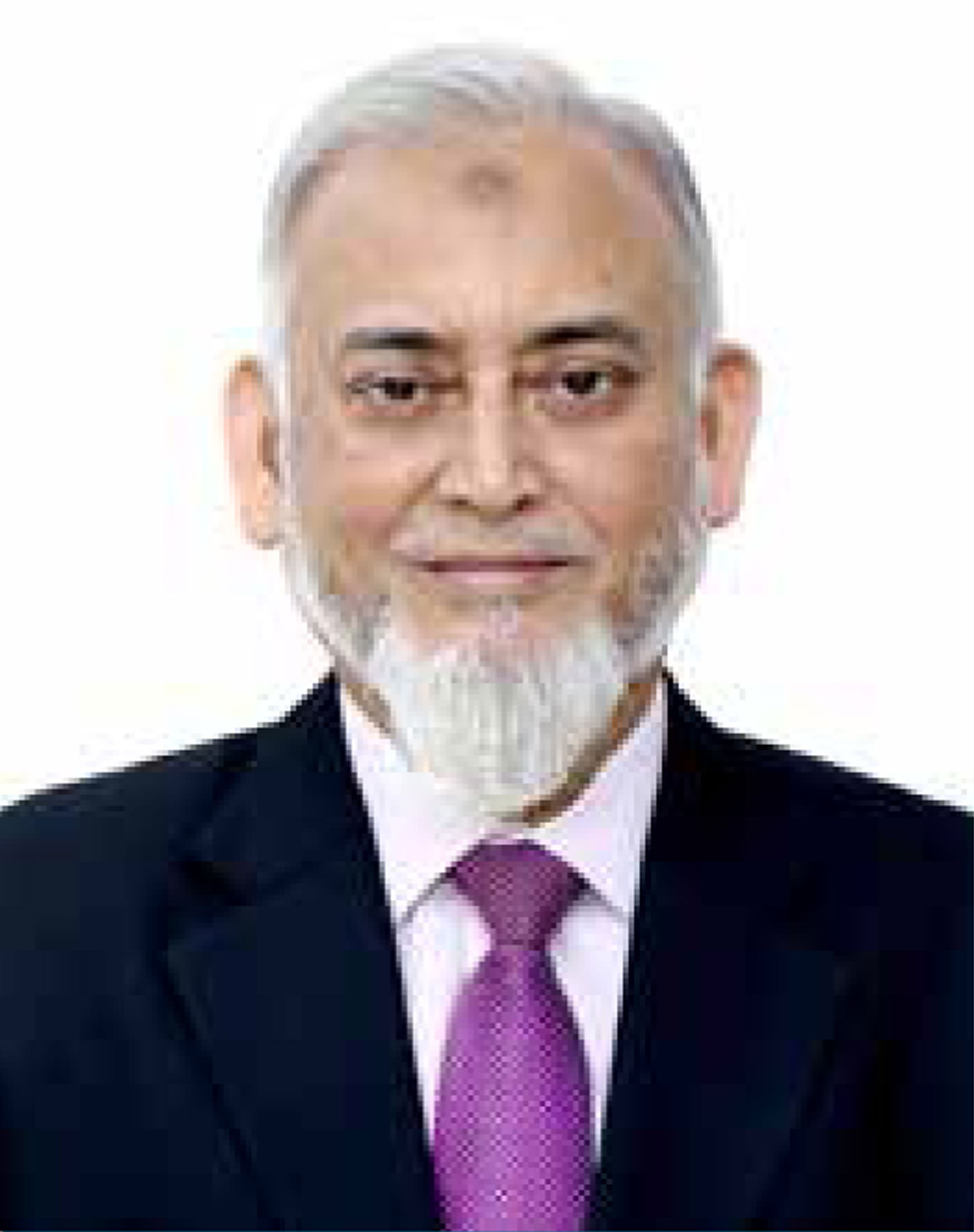 Mr. Md. Abdus Salam FCA was born on 1st December 1956 in a noble Muslim family. Mr. Salam is a qualified Chartered Accountant and a Fellow Member of the Institute of Chartered Accounts of Bangladesh. 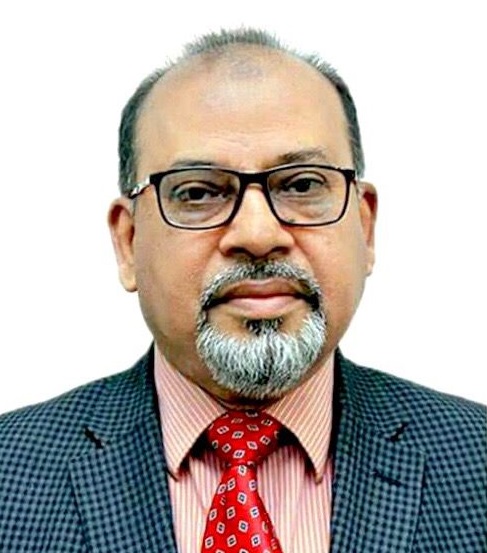 He is a distinguished person having the high moral value with the knowledge of financial laws, regulatory requirements and corporate law. Besides, he has vast experience in the field of Banking. He was the Independent Director in Agricultural Marketing Company Limited for a period of 3 years. He was a consultant in NRB Global Bank Limited and an Advisor in First Security Islami Bank Limited.  He served in a number of state owned banks, private banks and institutions in various responsible positions. He served as the CEO and Managing Director of Janata Bank Ltd. for 3 years and as the Managing Director of Bangladesh Krishi Bank for about 3 years. Before that, he also served successfully in Agrani Bank Limited, Karmasangsthan Bank and Sonali Bank Limited holding different positions for more than 28 years. Mr. Salam was associated with professional bodies like BAFEDA and ABB as Chairman and Vice Chairman respectively. He has expertise in Accounting, Finance and Compliance issues. He completed his honors graduation and post-graduation in Accounting from the University of Dhaka in 1978 and 1980 respectively. He is a fellow of National Defense College under certification of Capstone Course, 2016. Mr. Salam was awarded with “Shilpacharja Joynul Abedin Gold Medal” for his contribution in Banking. He took part in various seminars, trainings and workshops in home and abroad. 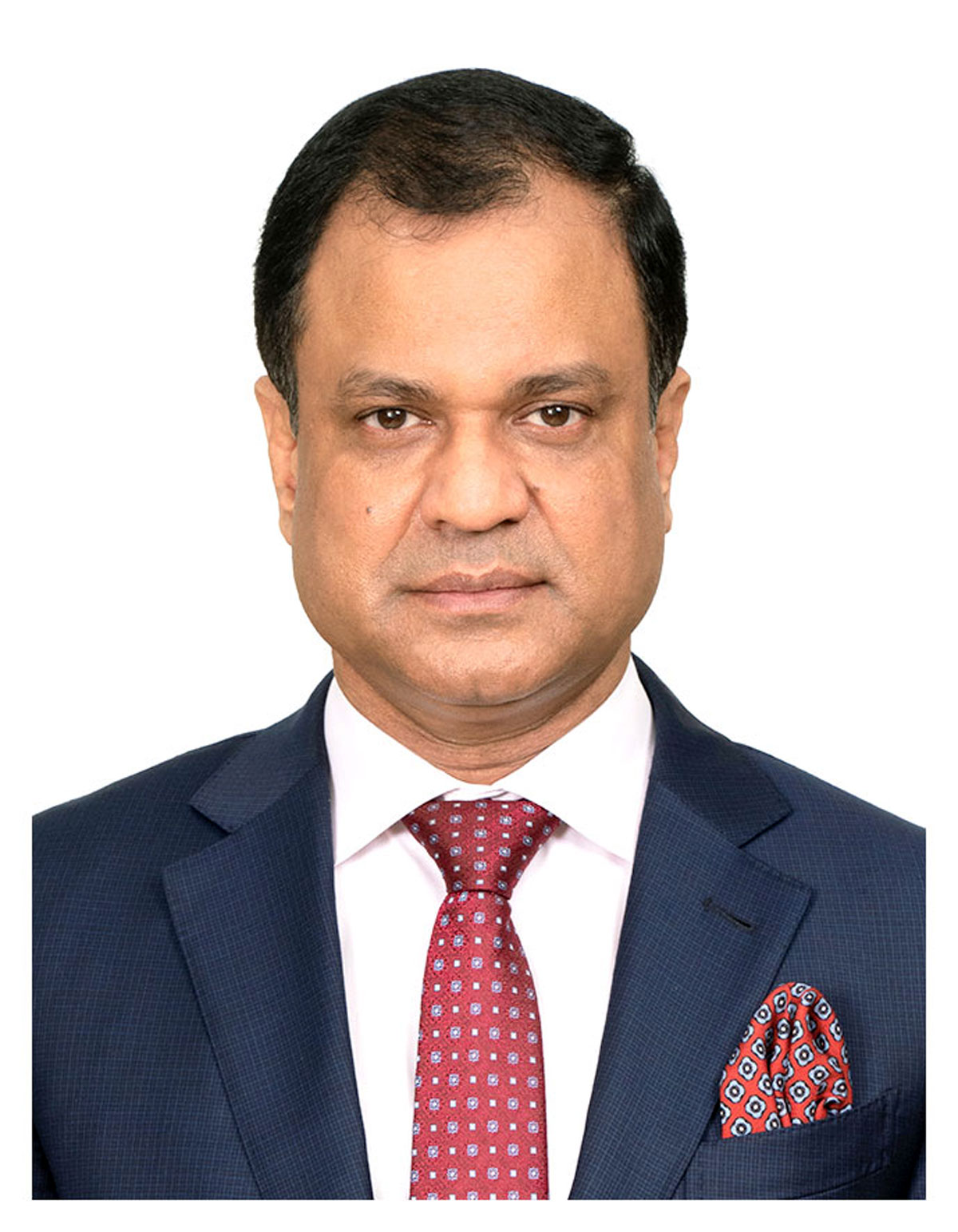 Mr. A.B.M Mokammel Hoque Chowdhury is the Managing Director of Union Bank Ltd. Prior to joining in the bank, He served First Security Islami Bank Limited in different capacities.

He has about 20 years’ experience in banking sector. During his service tenure in banks, he served as the head/wing head of different divisions, departments and branches. By the pathway of his colorful banking career, Mr. Chowdhury explored himself as a dynamic banker and played catalyst roles in achieving the organizational objectives of the banks by leading from the front.

Be it an enquiry, feedback or a simple suggestion, write to us & we'll get back to you

You are never too far away from quick, efficient banking services. Locate your nearest branch or an ATM.